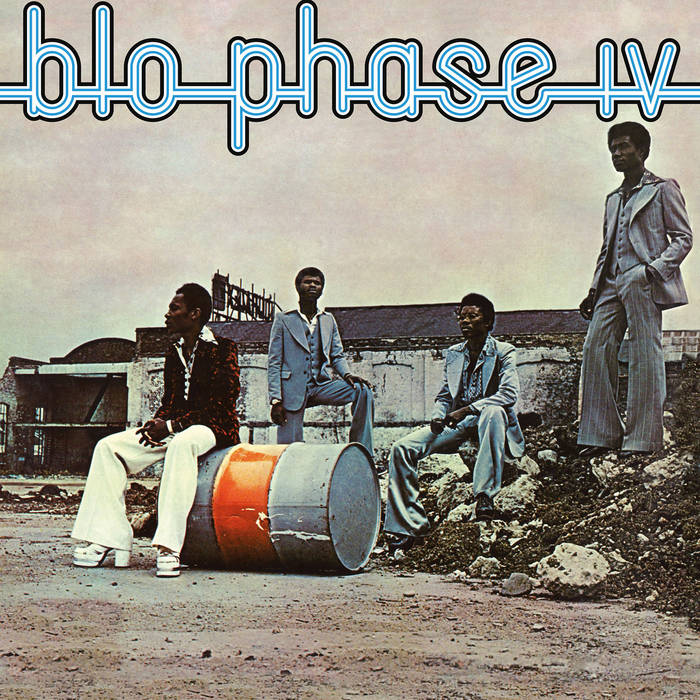 Phase IV is BLO at the height of their not inconsiderable powers. Buzzing after a hugely successful tour of Denmark and Norway, the Afro Funk trio returned to London in 1975 and headed straight into the Orange Studios to get the magic down on tape. BLO had been fixtures on the Nigerian scene since they started out as Clusters International in 1970. The original ‘O’ in the band, bassist Mike Odumosu, had left to join Osibisa by Phase IV, (although he appears on the cover and gets a vocal credit) and was replaced by velvet-voiced keyboardist, Otu Udofa. Berkley Jones’s guitar work is still immense – have a listen to ‘Scandi Boogie’ and ‘Music Make You Happy’. And the sweet breakdowns by drummer Laolu Akins on ‘Number One’ made it an instant B-Boy Breakdance classic. Rightly regarded as the holy grail of Afro Boogie, Phase IV is an extraordinary blend of highlife, rock, blues and soul that sounds just as good through headphones as it does on the dancefloor. Turn it up loud. - Peter Moore, www.africanrevolutions.com / "These guys were known as CLUSTERS INTERNATIONAL when I was their lead singer in Lagos in 1970. We then moved with TEE MAC and started THE AFRO COLLECTION under a new management. They later changed the music scene in Nigeria when they started a very funky three piece band known as B L O. They were very tight and played Nigerian funk which is a blend of highlife, rock with a trace of blues. It wasn't a surprise when they quickly conquered Lagos and other parts of Nigeria with their unique style of music and performance and moved to London where Phase 4 was recorded. Before this they had several hits in Nigeria. After a very successful tour of six cities in Denmark and four cities in Norway, they returned to London and straight into Orange Studios where Phase 4 was recorded. This vinyl in your hand is that very Phase 4 album. It is the accumulation of many years of experience with their unique style of music. It is dancable, you can also sit down and listen to it, you can party with it too. Which ever way, B L O Phase 4 is sure to blow your mind." - Steve Black