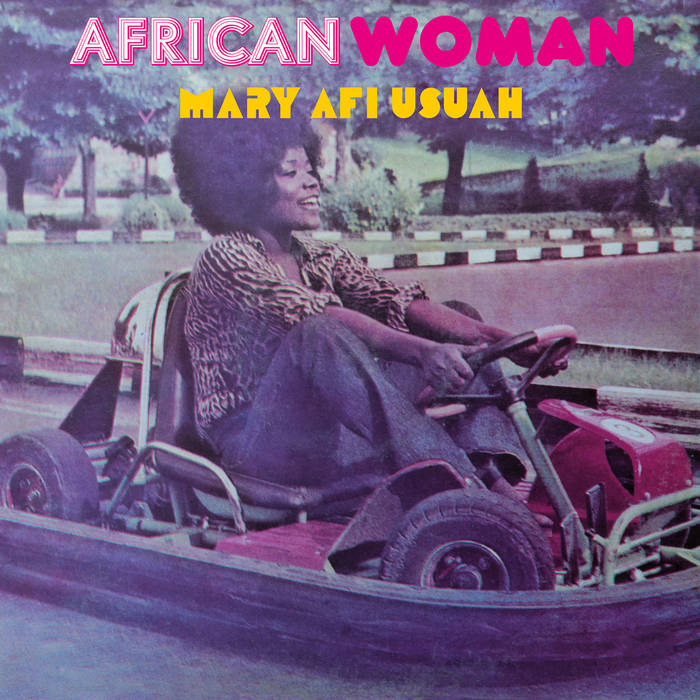 Mary Afi Usuah trained as an a opera singer at the prestigious St Cecilia Academy in Rome and spent 13 years touring Europe with artists like Duke Ellington and Deep Purple. She matched vocal chops with Robert Plant performing with Led Zeppelin and blew away the top names on the Lagos scene when she returned to Nigeria. She also broke a few hearts with her killer smile, if some accounts are to be believed. African Woman marshals these experiences into an exceptionally powerful and diverse album. From the Tina Turner stomp of ‘What’s A Woman To Do’, to the Aretha-style musings of the title track, Mary takes everything she learned on the road to tell her story about her continent in a distinctly African manner. The boys from Akwassa were on hand to ensure that everything was kept extra tight and funky. Mary Afi Usuah only released two albums but she is undeniably one of the greatest female singers the African continent has produced. African Woman serves as her legacy, along with the remarkable number of Nigerian female singers she mentored and inspired. - Peter Moore, www.africanrevolutions.com / "I met MARY AFI USUAH in 1979 while I was the lead singer with TEE MAC COLLECTION. We were based at SURULERE NIGHT CLUB in Lagos, Nigeria. She came in from Calabar in the Cross river state. She was a beauty with her afro hair and had a very strong voice and very powerful on stage. Her performance was electrifying. She did a lot of shows with us and together we got the crowd rocking. A very dark complexioned lady, she was full of life and love. Her smiles would sweep any man off her feet instantly and I immediately recognized a talent that go all over the world. Her music is a blend of African rhythms, soul and funk with heavy bassline. I am glad to let you know that the vynil you have in your hands now contains music that will tickle all ears for a very long time. Happy listening." - Steve Black