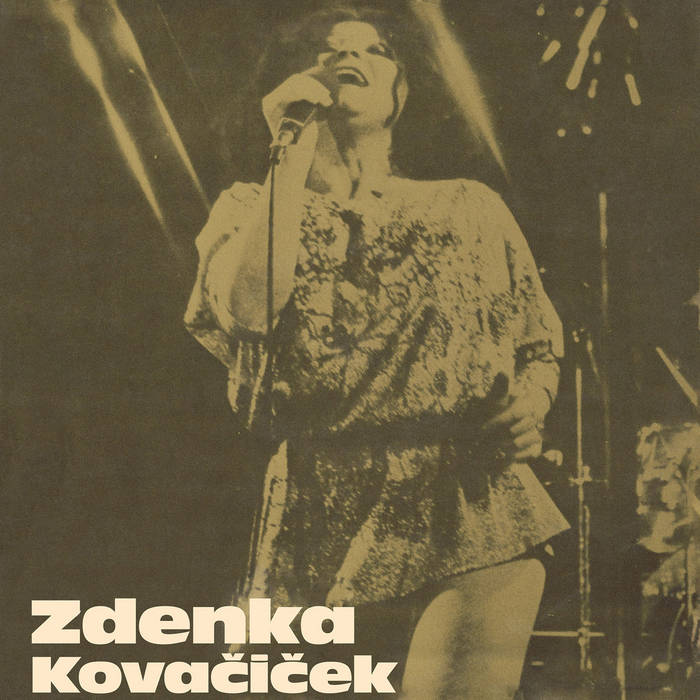 She is one of the most significant and eminent figures from the Croatian music scene, and her career already goes for nearly 60 years. By the age of 13 Zdenka started being a professional singer with the duo „Hani“ and later on she took a trip through the worldwide pop music scene, until her return to Croatia. By 1978 she was ready to release her first solo album, which is impossible to find and now fetches prices of 300,00 and more Euros as an original in good shape. It is a very colourful affair you are about to put on your turntable when you grab a copy of the newly released first ever reissue of this funky gem. Zdenka and her team of producers combined disco funk, haunting electronic pieces, lush soulful ballads and glam oriented power pop with a rocking edge together with one common denominator, which is the utterly distinctive and charismatic voice of Mrs. Kovačiček. She could easily be a black disco queen in the vein of Donna Summer and I certainly would consider that, if I did not have seen her picture before. The Croatian language adds a great touch of exotica to the whole album as well. The music itself is Western oriented, funky, soulish, bluesy and glammy, with modal jazzy elements. It feels honest and from the heart, from the first to the last song. You can say that Zdenka Kovačiček plays the music that was popular at the time, when this album was recorded, with a twist of her own spirit thrown in, which in the end makes it an outstanding and colourful record. Drop the needle anywhere on this black pearl and you will always be swallowed by an irresistibly hot groove and end up in a joyful mood. Watch out for more forthcoming releases of Zdenka Kovačiček on PMG!